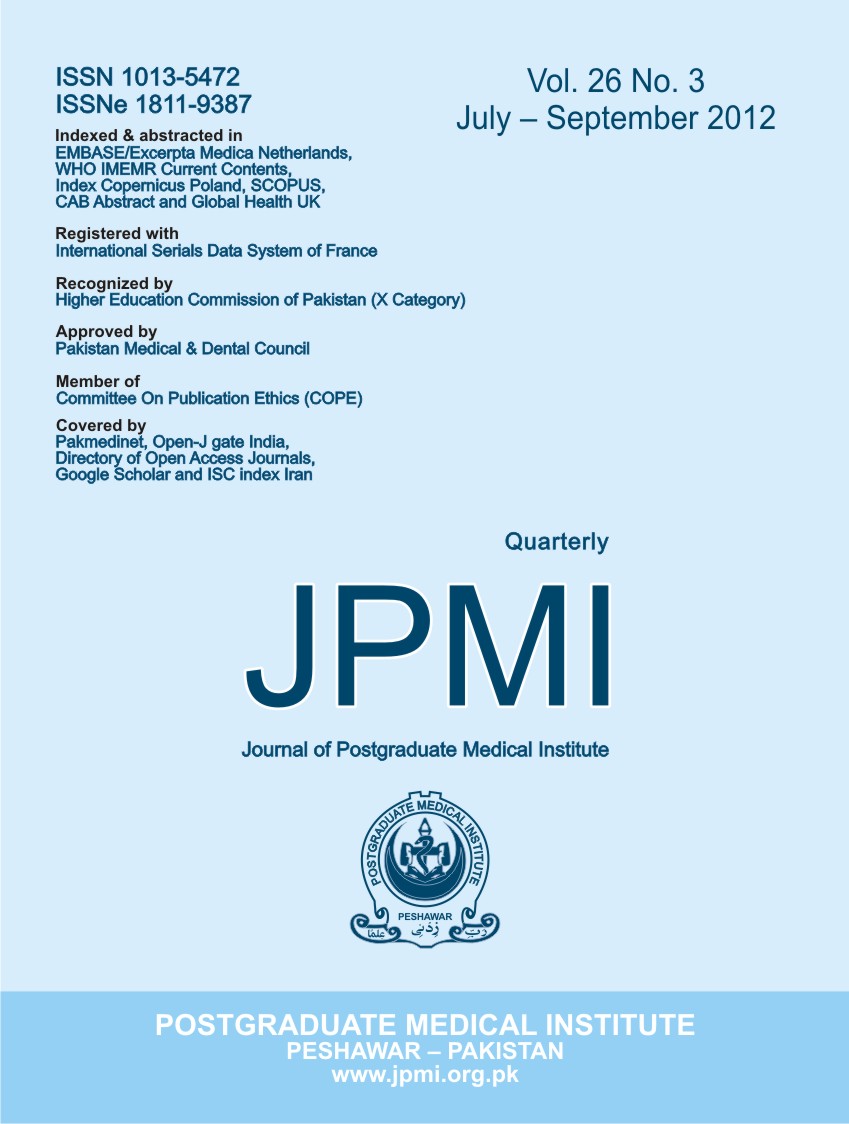 Objectives: To highlight our experience of transseptal approach for arrhythmias for the left side pathways.
Methodology: Electrophysiology (EP) studies and ablation conducted in electrophysiology laboratory Lady
Reading Hospital Peshawar from September 2006 to May 2009. The study was conducted on Bard EP Lab,
Bloom stimulator and Cordes EP shuttle. After explaining the procedure to the patient, beta- blockers were
stopped 5 days and patients were fasted for six hours before the procedure. Five standard wires passed two
from left femoral that is for coronary sinus and His and three from right femoral side that is for high right
atrium, right ventricle and ablation. Pigtail catheter was placed in aortic root from left femoral artery.
Septal puncture was done in the left lateral projection. Ablation catheter was passed in the sheath after
withdrawing the needle, pathway was identified and ablated.
Results: Total 295 consecutive patients underwent electrophysiological studies and ablation. Out of which
pathways were 131 (124 patients were having Wolff-Parkinson-White (WPW) and orthodromic
reciprocating tachycardia 7).Among pathways Left sided pathways were 70. In all cases successful septal
puncture and ablation was done. Overall success rate for atrial septal puncture and ablation was 100%.
No complication was seen during and after the procedure. Average time for procedure of ablating left sided
pathways was 25 minutes.
Conclusion: Trans-septal approach is safe and is well approachable for far lateral pathways ablation.