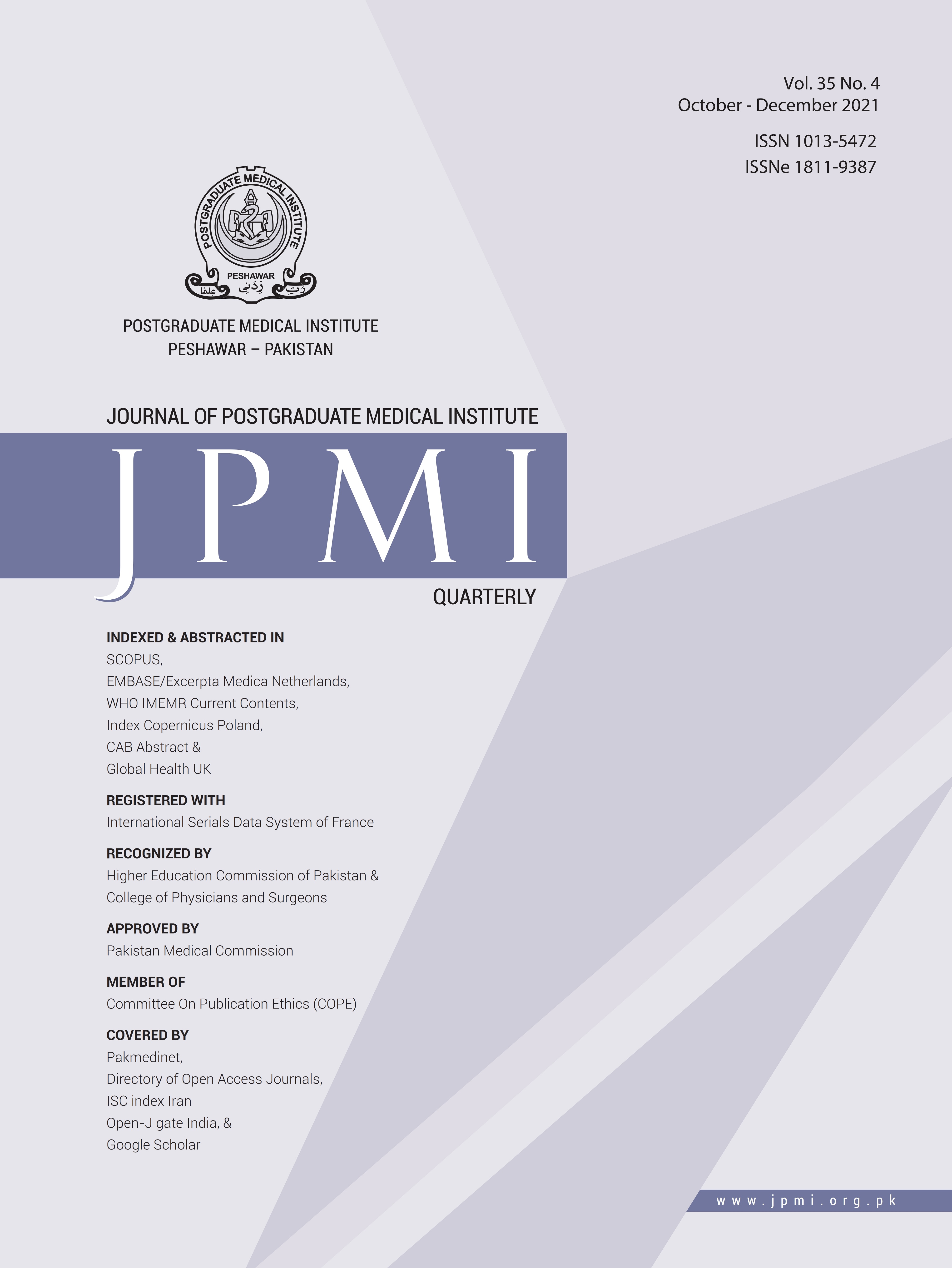 
The world’s older population is growing faster than the total population. In the 1950s, 1 in 12 persons were above 60 years of age while it is estimated that this figure will rise to 1 in every 5 persons by 2050.1 The Industrialized countries had the advantage that they became affluent before their population aged, there­fore they were able to foresee the impending issues and devised their policies and resources to manage this change. A clear example of this is the immigration policies of the developed world that grant citizenship to the younger age group much more leniently than the middle or old age groups.2 In Pakistan, the economy is not in good shape and health care infrastructure is not meeting the needs of even the younger population. It is estimated that the elderly population, aged 60 and above, that was 12.5 million in 2015 will increase to 25 million by 2050. Care of elderly is not a priority that is reflected in the Global Age Watch Index, where Pa­kistan has the lowest pension-income coverage in the world and ranks 92nd among 94 countries.3 It should therefore not be surprising that there is hardly any geri­atric or psychogeriatric service available even in the tertiary care hospitals or academic departments. The College of Physicians and Surgeons of Pakistan also does not offer any fellowship in geriatric care.

The challenge is multipronged and multifacet­ed. However, in the care of the elderly, especially in a developing country like Pakistan perhaps the cul­ture-religious domain should also be the part of the biopsychosocial model.4 In old age, the disease and the body, both present challenges that may be very different from the young population. An example of the disease is urinary tract infection in the elderly that frequently presents with confusion and an example of change of body functions is the fact that renal functions gradually deteriorate and may decrease by 35% by age 65 and by 50% by age 80.5 This could result in either the wrong treatment or toxicity due to poor excretion. Non-compliance is one of the most important reasons for treatment failure in the elderly population and sev­eral factors contribute to it, e.g., cognitive impairment,

poor knowledge of the disease, poor knowledge of the medicine, socio-cultural beliefs about the allopathic medicines, and polypharmacy.6 In this age group, mul­tiple comorbidities are a rule than an exception, and the resultant treatment could have unusual and unexpect­ed side effects due to poorly understood interactions of these medicines. Specialists in their field know the side effects of the individual medicines very well but may not have the same grasp on the potential side effects of these interactions. They, therefore, reassure that these are not the side effects of their prescription while the patients continue to suffer and the risk of non-compli­ance continues to grow. A health professional, not used to these realities, had minimal exposure and experi­ence in the care of the elderly, keeps on changing the prescriptions, only to worsen the situation further. Psy­chologically, many times the elderly believe that their symptoms are part of their advancing age and many times caregivers mistakenly share this belief resulting in further complications and missed opportunities to halt the progression of the pathology. In the absence of state sponsored health care facilities or health in­surance, the elderly are sometimes hesitant to make complaints about their symptoms so that they do not increase the burden of care on their loved ones and the money can be used for “more important and urgent needs” of the family. Sometimes the fear of hospital­ization or institutionalization stops them from making complaints of ill health. To add to this difficult scenario, the question of who will or should be the care provider has its importance and implications.7 In Pakistan, male members are the main breadwinners, and females mostly take or are assigned the responsibility of care. Due to social, cultural, and religious reasons, females may not be able to fulfill every need of the patients. Mothers, daughters, and daughter in laws may have conflicting opinions, and perceptions of the degree and nature of responsibility for the care of the elderly.

A relatively recent scenario of migration of young children abroad for better prospects has added a new dimension in the care of the elderly in Pakistan. Although when asked about old homes, an overwhelming majority won’t like to leave their parents at old homes same people agree that others in a similar situation have no other choice, exposing their hidden un­ease about the matter. Leaving their parents at big houses alone is as difficult as leaving them at old homes but socially and culturally is better accepted. The quality of care at the few old homes present in the country has no standardization and when the elderly are left alone in their own houses with servants and maids, they remain vulnerable to exploitation and abuse.8 The guilt, some of the expatri­ates face stems from social, cultural, and religious beliefs that make it obligatory to provide their elderly the care they need. Oth­erwise, they will be considered to have not fulfilled their duty and could be answerable according to ingrained beliefs. Therefore, whenever they visit their parents, they want extensive medical checkups and investiga­tive work up for their parents. Sometimes it is more to deal with their insecurities than for the real benefit of the elderly. As they are on vacation and have the time and fi­nancial resources, the elderly experience a very pleasant, relaxed, and desirable com­pany and attention. Sometimes, this results in a comparison that results in frustration and misunderstanding not only between the elderly and the resident Pakistani care pro­viders but also between the expatriates and the resident Pakistani care providers. The ultimate sufferers remain the elderly.

Although by and large, the elders are still respected and looked up for advice, yet the joint family system is melting down, where elders are supposed to be the joint respon­sibility of the whole family during times of crisis or illness. The financial hardships and pressures of achieving the elusive standards of life are breaking down. Hence the respon­sibility of care is increasingly narrowing down to own parents only. Children may have the financial resources, yet the social support that is an integral part of crises management is not of the same quality. Although the tech­nological revolution has brought the world closer and, in many cases, has benefited the elderly to maintain some sort of connection, yet it cannot be a replacement for physical presence or contact. Furthermore, older peo­ple are not as proficient and skilled in using gadgets as the younger generation. To add to this are the problems related to the access and availability of the internet. The result is a further limitation of their ability to maintain social connectedness and increased risk of detachment.9

Religious beliefs shape and motivate the attitude and behavior of caregivers toward the elderly and provide social support and network to the lives of elderly in an other­wise dull and empty life, without adding any extra financial cost. The elderly sometimes take administrative responsibilities for the management of nearby mosques or other re­ligious setups. This arrangement fulfills their need for purpose and usefulness in life and gives them a sense of contribution and reli­gious satisfaction. In a way, it could be cat­egorized as a rehabilitative process.10 How­ever, one must be cognizant that pushing or pulling those individuals towards religion who were not inclined towards religion in their earlier lives could be counterproductive.

Health care needs of the elderly require comprehensive multidisciplinary assessment by well-trained professionals in the field of geriatric medicine and psychogeriatrics. These needs are best understood and man­aged, if we formulate the care package in the context of a biopsychosocial and cultural-re­ligious understanding of our society.