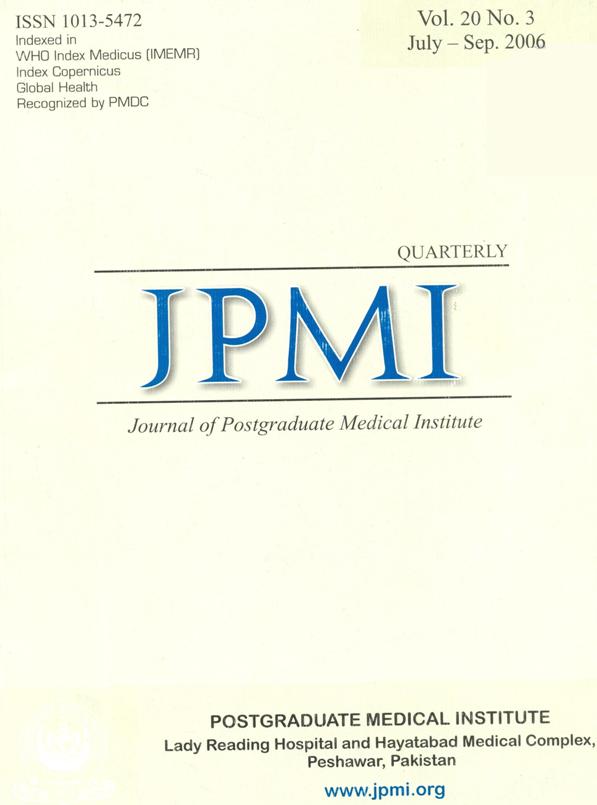 Objective: To determine the pattern of early complications following modified radical mastectomy with

axillary clearance for established cases of early carcinoma of breast.

Material and Mehods: This descriptive study was carried out in the Breast Clinic, Surgical "A" Ward

patients with the established diagnosis of early carcinoma of breast (stage I, stage II) and undergoing

modified radical mastectomy with axillary clearance. These patients were followed for postoperative

complications up to one month in the Breast Clinic on out patient basis.

complications were evaluated. Seroma formation was most common complication that occurred in 59

(38.3%) patients followed by edema of arm observed in 40(26%) patients. Wound infection was noticed in