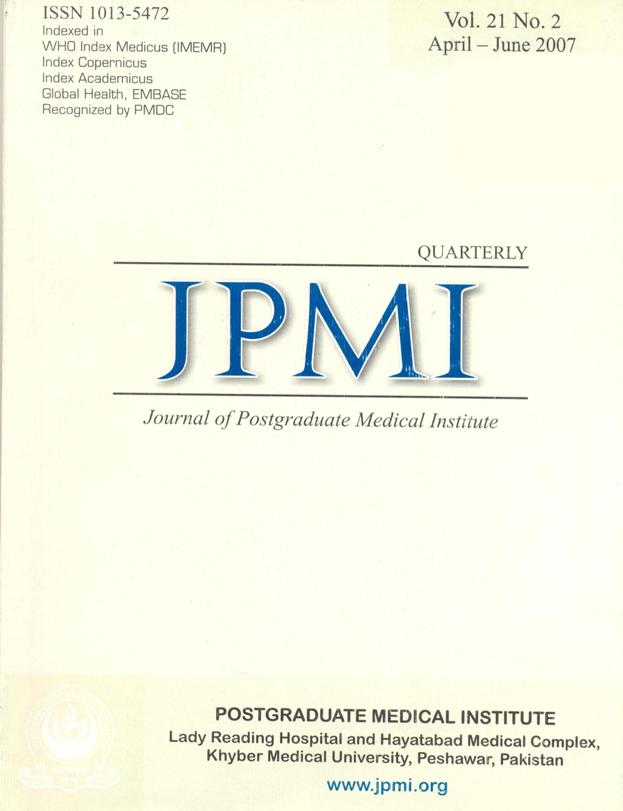 Objectives: To find out the frequency of premenstrual syndrome (PMS) in working women Vs

housewives/women working in their own houses in Peshawar.

Material and Methods: This prospective study was carried out at Postgraduate Medical Institute,

working in their own houses) meeting the criteria. Their daily prospective symptoms were recorded on a

menstrual chart administered to them for three consecutive months. One housewife withdrew by the third

month from the study because she got pregnant. Diagnostic and Statistical manual criteria (1994) was

used for the diagnosis of PMS.

working women the predominant symptoms were tension and irritability (45.28%) followed by fatigue

working in their own houses were unmarried. Around 84.9% of working women and 84% of house wives

had dysmenorrhea. Analgesics and antidepressants were the most commonly used drugs.

Conclusion: The frequency and severity of PMS is more common in working women as compared to