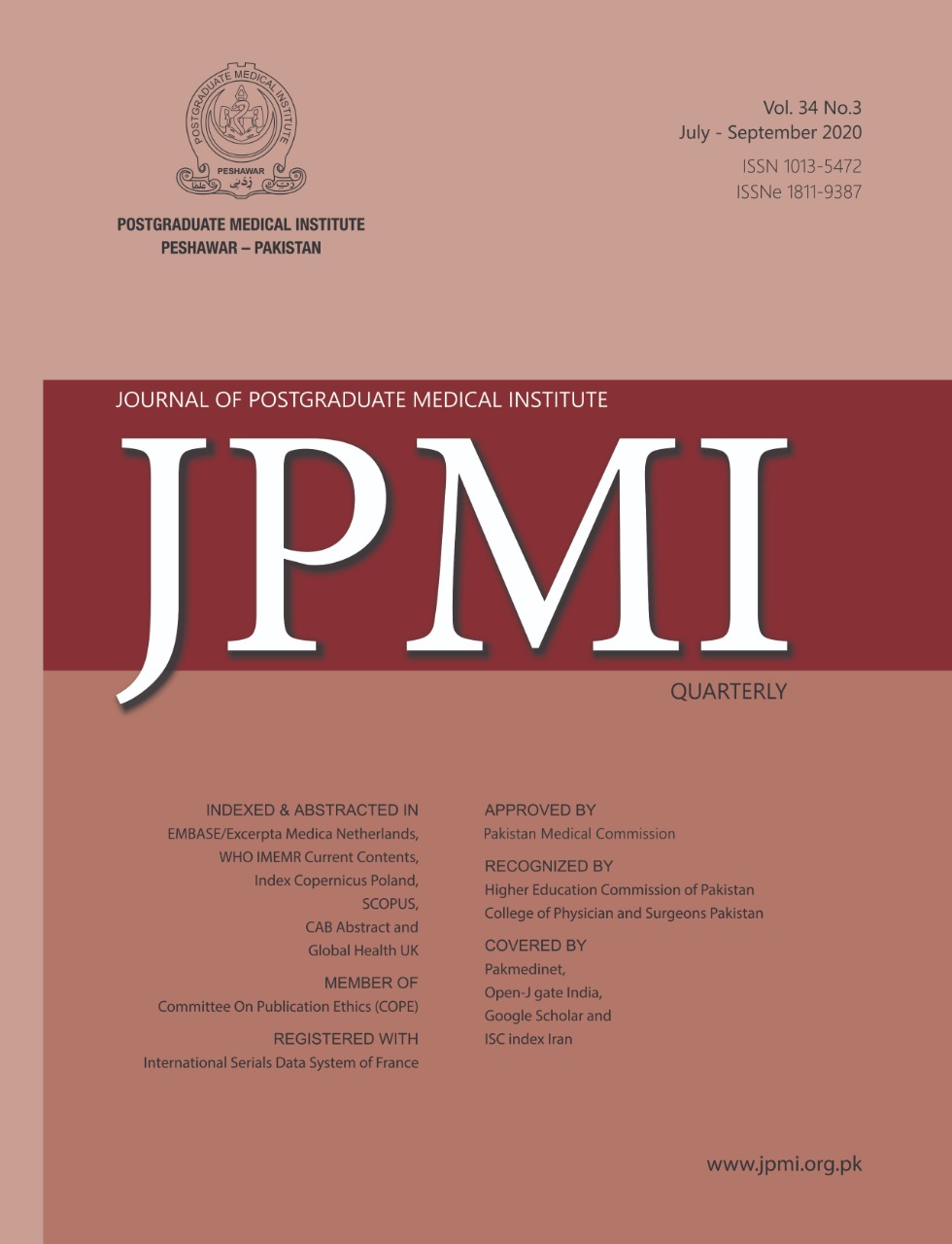 Objective: To determine the bio-burden of isolated bacteria from multi-vitamin syrups manufactured by local industry of Peshawar.

Methods: This cross-sectional study was conducted at Sarhad University of Information Technology and Khyber Medical University Peshawar, from July 2017 to December 2017. Microbiological quantification of nine different multivitamin syrups purchased randomly from different medicine stores was performed. The microbial load was determined by using the viable cell count method. Sample preparation was done through serial dilution and identification of bacteria was made on the basis of morphological and colonial characteristics, and by using biochemical tests. Antibiotic susceptibility profiles were determined by the Kirby Bauer disk diffusion method and interpretations were made according to Clinical and Laboratory Standards Institute (CLSI) guidelines. A total of nine different antibiotics were tested against gram-positive bacteria while seven different antibiotics were tested against gram-negative bacteria.

Results: All samples were found to be contaminated and the bio-burden exceeded the permissible limit set by the United States Pharmacopeia (USP). The overall frequency of Staphylococcus aureus was 55 % followed by Escherichia coli at 44%, Pseudomonas aeruginosa at 33% and Salmonella spp at 22%. All samples showed a pH within range of 5 to 9. Out of the gram-positive isolates, highest sensitivity (100%) was observed to Gentamycin, Ciprofloxacin, Chloramphenicol and Vancomycin. Pseudomonas aeruginosa was 100% sensitive to Ofloxacin, Gentamicin and Meropenem. Escherichia coli showed high sensitivity to Meropenem (100%) and Oflaxacin (100%) followed by Gentamicin (75%). Salmonella spp showed maximum sensitivity to Gentamicin (100%), Ofloxacin (100%) and Meropenem (100%). While high resistance was observed to Amoxicillin (100%), Cefotaxime (100%) and Clindamycin (50%).

Conclusion: All samples were contaminated with pathogenic bacteria. Most of the bacteria were sensitive to antibiotics.