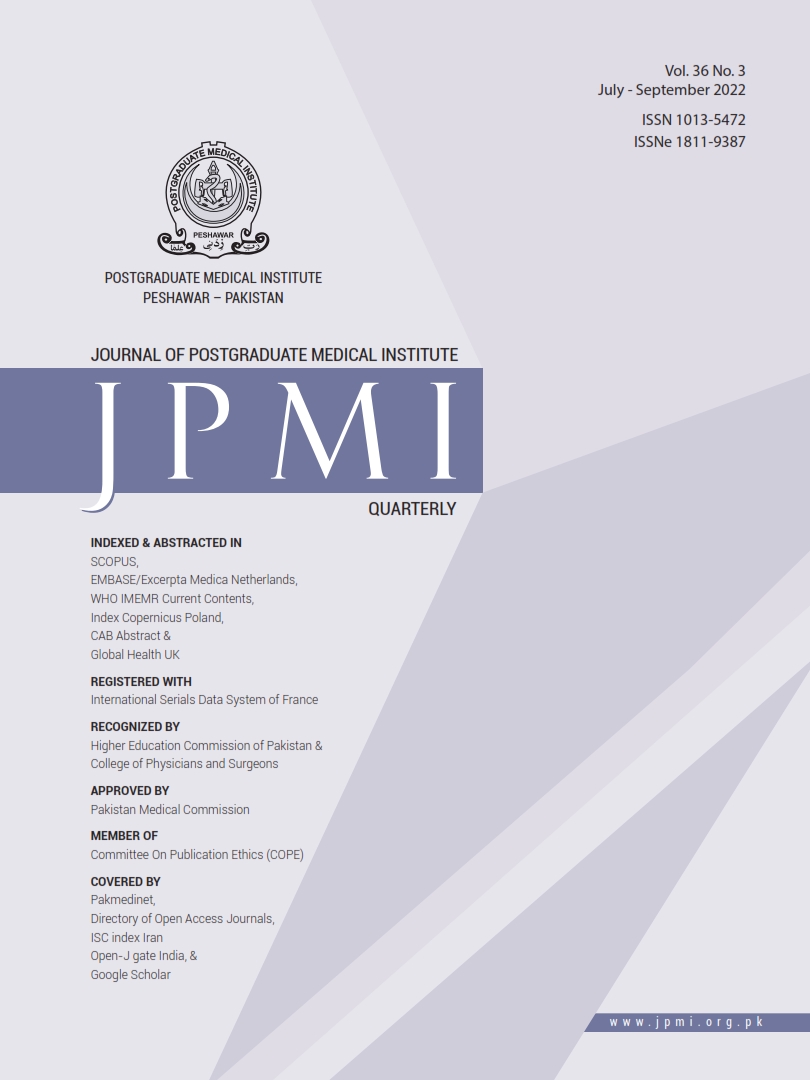 Objective: To find out the construct of psychopathy among undergraduate students whether they exhibit same pattern of psychopathic personality features or behavioural characteristics as seen among incarcerated population.

Methodology: A cross sectional study was conducted between March 2017 to March 2018 on undergraduate students of Peshawar. Convenient sampling technique was used to recruit 500 participants in order to examine the construct of psychopathy in adolescents having not been involved in criminal justice system. Further, the study explored whether they exhibit same pattern of psychopathic personality features and behavioural characteristics seen in incarcerated population. The construct of psychopathy was measured by the Urdu Version of the Leven­son’s Self-Report Psychopathy Scale-Revised Urdu Version (LSRPS-RUV). Nineteen out of 26 items were used in the current study as used by previous researchers. Confirmatory Factor Analyses were conducted to analyze the data.

Results: Results revealed that the undergraduate students showed moderate level of egocentricity and antisocial behaviour and low level of callousness. The values for CFI = 0.91, TLI = 0.90, RMSEA = 0.06, and RSMR = 0.04 indicate that the three-dimensional model of LSRPS adequately fits the data.

Conclusion: Findings from confirmatory factor analysis provide evidence that the three-dimensional model of LSRPS-RUV fits the data adequately as compared to the two-factor and one-factor models.