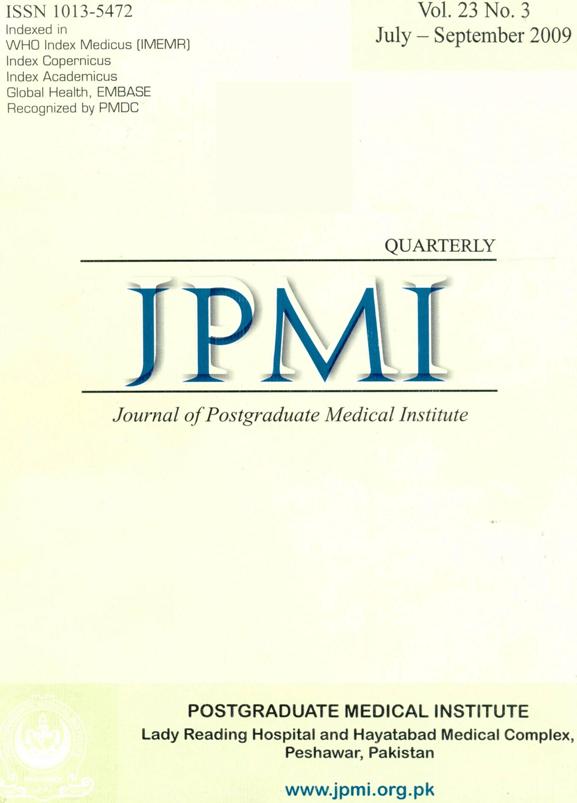 Objective: To find out the frequency of hepatitis B surface antigen positivity in population living in Jamrud area of Khyber Agency.

Material and Methods: This descriptive .study was conducted at Shakeel Health Center Jamrud Khyber Agency in collaboration with the department of Gastroenterology, PGMI, Hyatabad Medical Complex from June 2006 to December 2007 in Jamrud Tehsil Khyber Agency. After two weeks of awareness campaigns in the targeted area, free testing for hepatitis B surface antigen was arranged at Shakeel Health Center in collaboration with the department of Gastroenterology, PGMI, HMC. The screening method used was immunochromatographic method. Seronegative subjects were offered vaccination against HBV and all subjects were counseled regarding prevention of HBV infection.

Conclusion: The seroprevalence of HBsAg is 17.2% in the population living in Jamrud area of Khyber Agency.