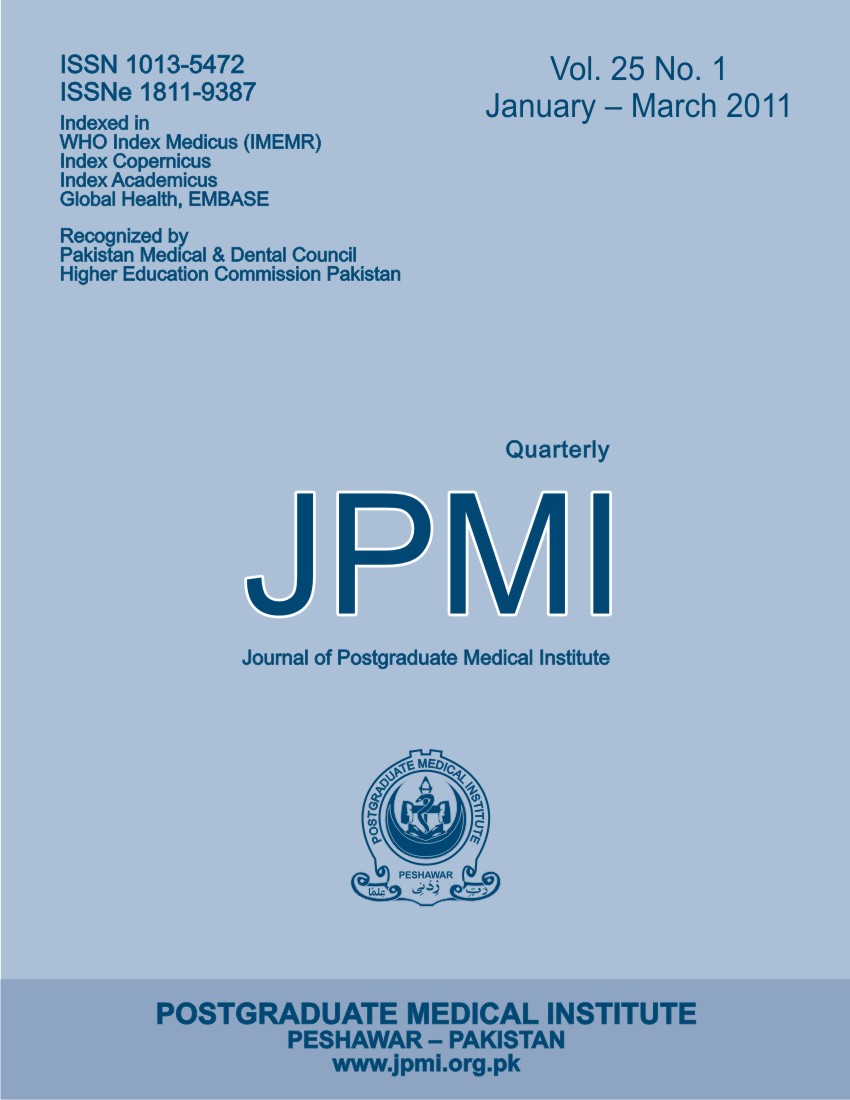 The study included 49 cases. It was conducted at the Departments 0f ENT, Hayatabad

included in the study. The results obtained on FNAC were compared with those obtained on biopsy findings

of the respective specimens and the specificity and sensitivity of FNAC were calculated from the data.

The FNAC findings in salivary glands were; Benign 38, Malignant 7 and Suspicious 4. The biopsy

findings were; Benign 33 and Malignant 16. Comparison of FNACs and biopsy in the salivary glands taken

as True Negative, True positive, False Negative and False Positive respectively was; 32, 10, 6 & 1. The

Sensitivity and Specificity for FNAC were calculated at 62.50% & 96.97% respectively.

reliable and treatment can be planned on its basis. However, owing to a higher number of false negative

cases occurring in this study, it is recommended that a negative cytology report should be viewed with

suspicion. The diagnosis should be confirmed by open biopsy if clinical suspicion persists.