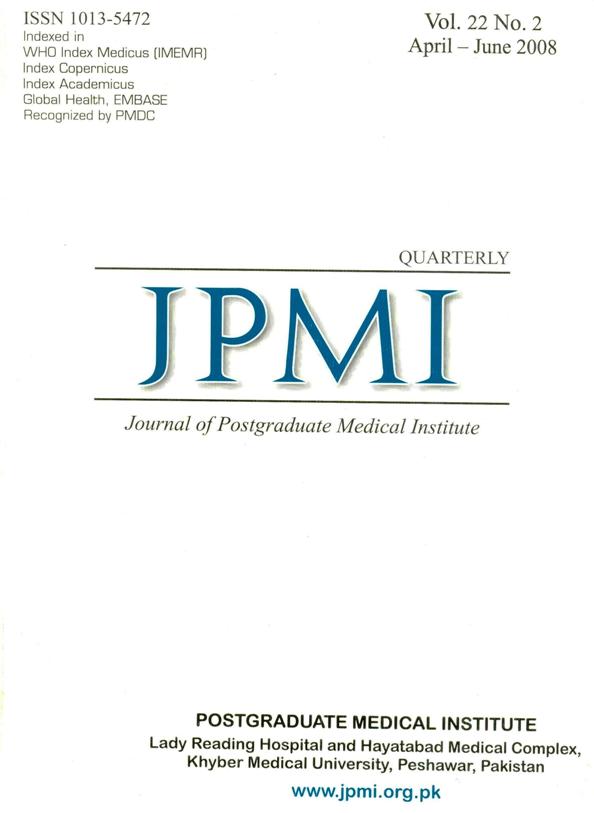 Objective: To evaluate the frequency and risk factors of seizures and epilepsy after ischemic stroke.

Material and Methods: This prospective observational study was conducted on patients with Ischemic Stroke in the Department of Neurology; Postgraduate Medical Institute, Lady Reading Hospital, Peshawar. These stroke patients were followed up for a total period of 2 years. Initially 210 patients were enlisted in the study. Out of these, 10 patients died or lost to follow up so they were excluded from the final analysis leaving a figure of 200. The main outcome measures were the occurrence of single or recurrent seizures as well as the occurrence of both early (within 2 weeks) and late (after 2 weeks) seizures were recorded. Patients who already had history of seizures, those with intra-cerebral bleed and sub-arachnoid hemorrhage were excluded from the study.

Conclusion: Stroke patients have overall 8% risk of seizures and 1.5% risk of epilepsy in the first 2 years after an ischemic stroke. Majority of these seizures occurred after 2 weeks of onset of stroke.