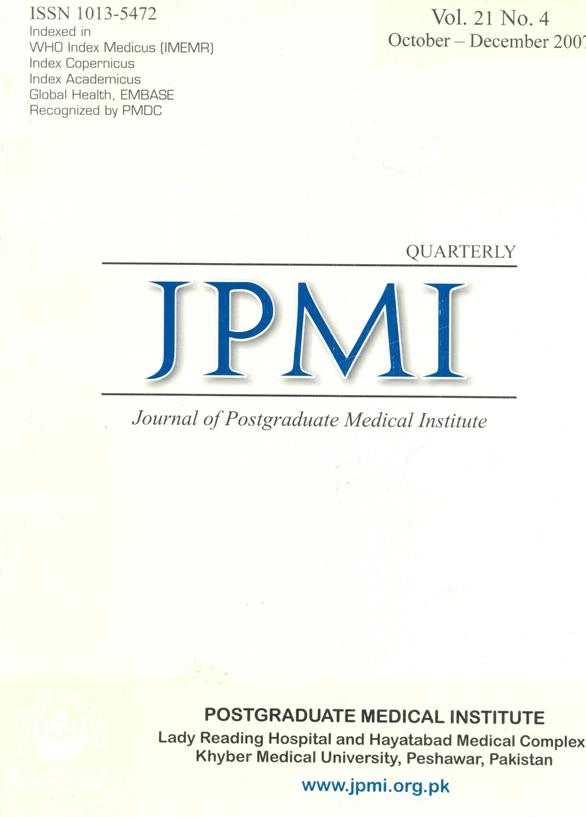 Objective: To asses the impact of external cephalic version (ECV) on the mode of delivery of the

Material and Methods: This observational study was conducted in Obstetrics and Gynecology

department, Hayatabad Medical Complex, Peshawar from 1st December 2003 to 31st January 2005 on all

singleton term breech presentations from 37 to 41 weeks of gestation.

Results: Out of 265 women presenting with breech presentation at 37 completed weeks or more at our

unit during the study period, 188 patients met the selection criteria. Of these only 40 patients (21.3%) had

ECV. Twenty seven of these were successful (67%). A total of 161 patients continued their pregnancies as

breech. Of these the mode of the delivery was: Vaginal Breech Delivery in 97 cases (60.24%) and CSection

admitted in emergency when ECV services were not available. 145 (90%) were admitted in labour, and

majority of these were in active and advanced labour.

Conclusion: ECV was not found to decrease significantly the number of non-cephalic presentation at

term. The reasons were that in spite of good success rates it was not feasible to perform enough ECV to

have an impact on mode of delivery of singleton term breeches.